An exclusive behind-the-scenes report on the making of Jackie Chan‘s latest explosive action thriller, “The Foreigner”, from our very own Glen Stanway who worked on the movie!

In the winter of 2015/16, I was lucky enough to be selected to work as a film extra on Jackie Chan’s latest action thriller, “The Foreigner”. I was already a big fan of the original source novel, “The Chinaman”, by Stephen Leather. The story is of a humble Vietnamese man whose world is tragically torn apart by a rogue terrorist bombing. When the authorities cannot bring those responsible to justice, he takes matters into his own hands. The quiet and unassuming “Chinaman” is in fact a highly-skilled veteran of guerrilla warfare. He heads to Northern Ireland in a thrilling hunt for vengeance. When I first read the book I always pictured Jackie Chan in the lead role.

He just wants the names of the men responsible 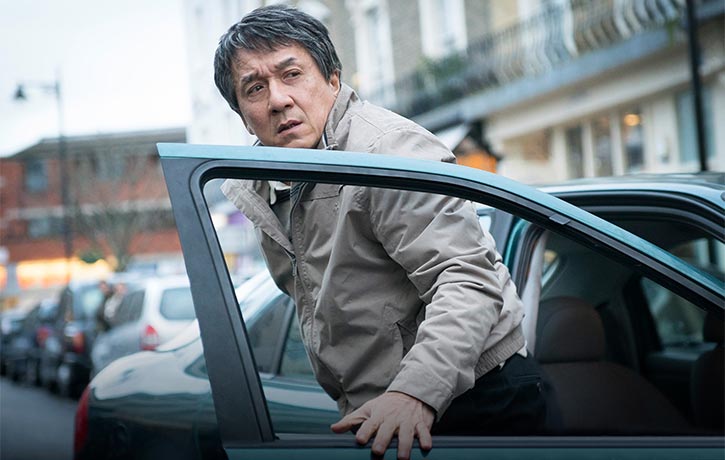 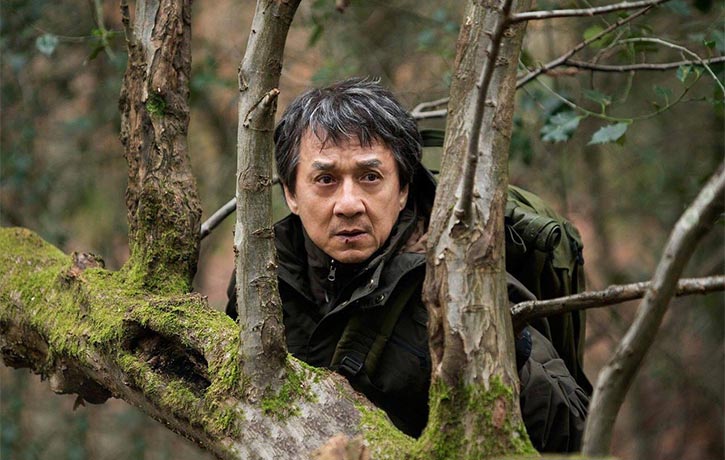 The Oxfordshire countryside stood in for Ireland

The perfect role for Jackie Chan

For the movie, I was cast as one of a team of Irish terrorists sent to guard the fictional politician Liam Hennessy, played by former James Bond, Pierce Brosnan. With his beard and glasses he bore an uncanny resemblance to the real Sinn Fein leader, Gerry Adams. It was a genuine thrill to have Mr Brosnan himself, on more than one early frosty morning, pat me on the shoulder and say, “Alright mate”!

We filmed day and night for two weeks in the icy Oxfordshire countryside, which was standing in for rural Ireland. My role mostly involved guarding a farmhouse or patrolling the farm buildings. However, during one night shoot, my fellow guards and I did feature in the aftermath of a spectacularly explosive scene with lots of pyrotechnics. It was a real privilege to witness and very exciting to be a part of the action. Whilst shooting the scenes I was very happy to see that many of the situations set in this location, and even some of the dialogue, had been lifted straight from the book.

The film sticks closely to the book

Pierce Brosnan enjoys a moment between scenes with Jackie Chan

Although most of the filming I was involved in centred around Pierce Brosnan’s character, we were very fortunate to see Jackie Chan on several days. There were several stunt performers from his own famous Jackie Chan Stunt Team with him, and he also worked closely with many respected members of the British film stunt community. We were privy on the monitors to one fight sequence in a stables but I cannot reveal anymore! One morning, as is a common sight on productions involving Jackie Chan, he came out of his trailer, grabbed a broom and started to sweep up!

The film was directed by Martin Campbell, who successfully rebooted the James Bond franchise not once, but twice, with the films “Goldeneye” and “Casino Royale”. He has of course, worked with Pierce Brosnan before and is also a Jackie Chan fan himself. As the director of this film, he was heavily invested in every aspect, working long hours and always ready to muck in with the crew.

Do you have any idea who you are dealing with

You may have already heard that “The Foreigner” is one of Jackie Chan’s best films of recent years, especially when compared to his other English-language projects. It is the perfect role for him, now he is in his sixties, to showcase his nifty physical skills and dramatic acting talents. All the cast members that I witnessed in action gave great performances and spot on interpretations of their respective characters from the book.

And of course, for me, it was another dream come true (having previously been involved in Jackie’s 60th Birthday celebrations!) to be a part of a Jackie Chan film! I am also a James Bond fan, so to interact with Pierce Brosnan and Martin Campbell as well made the whole experience one that I will cherish forever!

There were day and night shoots throughout the winter

Pierce Brosnan in between takes at the Farmhouse location

“The Foreigner” has just been released in theatres in the USA this past Friday 13th October 2017 and is quickly making its way to other territories around the world. Look out for our review coming shortly!