If we’re being generous, video game movies have a batting average that’s somewhere between “LOL” and “DOA”, which is all the more reason why “Assassin’s Creed” deserves your time and attention. When it’s so common place for video game adaptations to falter, it’s positively miraculous when one succeeds as well as “Assassin’s Creed”, a film that not only brings the games’ “Indiana Jones” meets “The Matrix” premise to vivid, exquisite life, but also delivers a blend of martial arts and parkour of the same eye-popping caliber as “District B13”!

Michael Fassbender steps into the dual role of Callum Lynch and the nimble assassin Aguilar, his ancestor in medieval Spain. Marion Cotillard portrays Sophia Rikkin, the idealistic scientist tasked with awakening Aguilar’s memories from within Cal, while Jeremy Irons plays her cold and calculating father Alan. The role of Cal’s father Joseph falls to Brendan Gleeson, while Michael K. Williams plays Cal’s ally Moussa, along with his ancestor and Aguilar’s close confidant, Baptiste. He and Aguilar have another ally by their side as well, in form of their fellow assassin Maria, played by Ariane Labed.

Aguilar guards the Apple of Eden with his life

Convicted criminal Callum Lynch thinks he’s headed for death’s door on the day that he is to be executed by lethal injection. However, he awakens from his supposed execution to find himself being held at the lab of Abstergo Industries. Cal soon learns from the scientist heading the facility, Dr. Sophia Rikkin, that Abstergo Industries is a front for the medieval Templar Order who have spent centuries pursuing the Apple of Eden, an artifact they intend to use to subjugate humanity in order to rid the world of violence. Cal is a descendant of Aguilar, a member of the Templar Order’s enemies, the Assassin’s Creed, who have spent centuries keeping the Apple of Eden out of the Templar’s reach. With his genetic connection to Aguilar, Cal is connected to a machine called The Animus, which enables him to relive the memories of Aguilar in order for the Templar’s to track down the Apple’s location.

Cal ponders his connection to Aguilar

Cal learns of his connection to the Assassins Creed

Handing Cal the weapon of an Assassin

Look, every gamer agrees that the news of a video game movie that’s actually halfway decent can only be met with a healthy degree of skepticism by rational people. I’ve joked with other gamers that there’s some parallel universe out in the cosmos where video game adaptations are all the rage and its comic book movies that are still struggling to gain some modicum of respect – my kingdom for a world where they’re both kicking butt! But as “Street Fighter: Assassin’s Fist” and “Mortal Kombat: Legacy” have proven, you just can’t write off video game movies completely and “Assassin’s Creed” can now be added to the list of genuinely good console-based big screen adventures. The film is unique from most video game films, in that it creates its own story and characters meant to exist in continuity with the games’ ongoing story, along with a terrific makeover for The Animus from a simple chair in a science lab to a massive metallic arm, allowing Cal to act out the full range of Aguilar’s movements, from leaping across buildings to martial arts maneuvers. One has to wonder if the future of video gaming itself is headed towards players being lifted around a room by a gigantic metal tentacle wired into their minds, but it certainly looks like a blast! (Perhaps, we should develop VR to a respectable level first.) 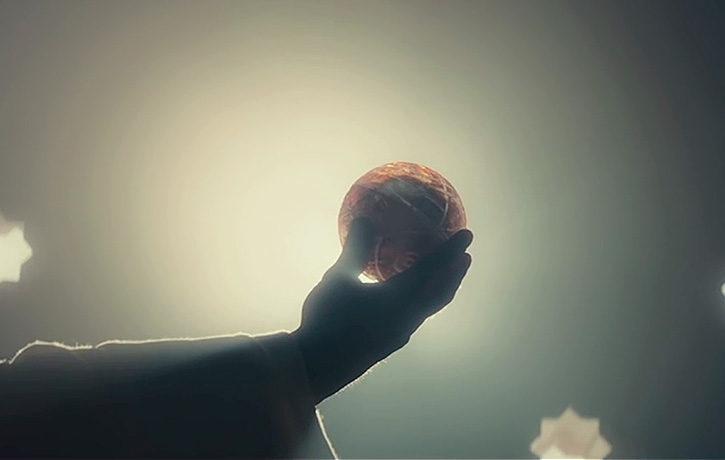 The Apple of Eden could be dangerous in the wrong hands

Rikkin is the mastermind behind The Animus

In a skewed way, the poor reputation of video game movies may actually be to the advantage of “Assassin’s Creed”. With viewers entering the film with lowered expectations, they can truly be blown away by the film’s absolutely fantastic martial arts and parkour-driven action sequences. Highlighting that the film is a typically good for a video game movie is almost faint praise when the stunts and action are as fine-tuned and breathtaking as they are here, but from Cal’s first trip into Aguilar’s memory, the film is truly “District B13” in the Middle Ages.

What’s more, the film tethers the action in the past to the events of the present with quick cuts to Cal acting out Aguilar’s adventures with the help of The Animus, accompanied by semi-transparent renderings of Aguilar’s comrades and his surroundings for Cal to interact with. Cal’s second trip into The Animus brings about easily the best chase sequence of the year, with Aguilar and Maria vaulting across the rooftops of Spain, leaping across horizontal pillars and sliding down ropes whilst delivering punishing kicks whenever their enemies manage to gain on them.

Alan determined to use Cal to retrieve the Apple of Eden

Sophia doubts the creed of the Templar Order

Whilst the majority of the fighting action sees Aguilar and Maria battling groups of opponents, the film also pits Aguilar against a huge Templar enforcer in one-on-one fight that makes terrific use of the series trademark wrist-blades worn by the Assassin’s, though Maria ends up stealing this very scene with a blindingly fast bit of blade combat of her own. Cal also soon discovers that the visions he’s experiencing of Aguilar while outside of The Animus are a side effect of “synchronizing”, where those who’ve entered The Animus gradually absorb the skills and memories of the ancestors they’ve been connected to. It ultimately ends up backfiring on the Templar Order, when a fully synchronized Cal leads his fellow guinea pigs on something of a slave revolt against their captors, which thankfully includes some of the most outstanding martial arts combat you’ll see on cinema screens all year!

With a top-drawer cast, gorgeous cinematography, incredible action sequences and a genuine love for its source material, “Assassin’s Creed” is the kind of film we wished we’d have gotten out of the likes of “Super Mario Brothers” and “Bloodrayne”. Even without praising it as the all-too-rare video game movie that’s actually good, it delivers stunt work and fight sequences that are simply some of the most incredible of the year and on par with the kind of daredevil antics displayed in “District B13” and “Mad Max: Fury Road”. If most video movies were half as good as “Assassin’s Creed”, we’d have absolutely nothing to complain about!

Aguilar wages war against the Templars

Aguilar and Maria plot their escape

The Assassins Creed work in the dark to serve the light

Aguilar and Maria are incredible traceurs

Maria puts down two foes in the blink of an eye

Preparing to take a Leap of Faith

The Assassins Creed are masters of parkour

The Assassins Creed prepare for battle

Aguilar and Maria evade their pursuers 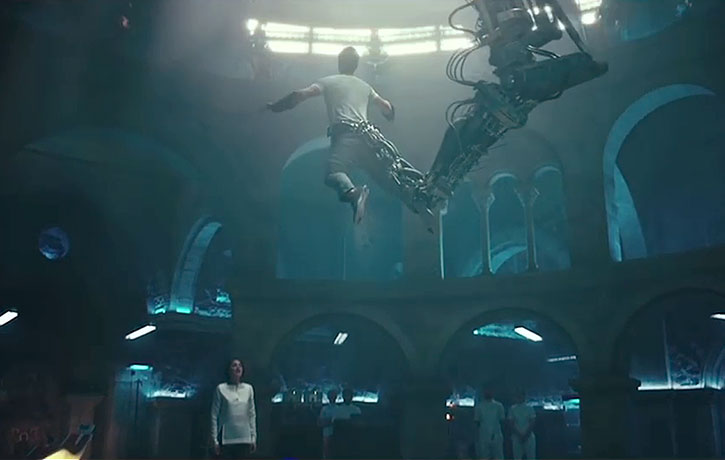 Cal is hooked into The Animus

Cal leads his fellow prisoners against the Templar Order