Let’s start with a little history lesson. When you are the Emperor, the only thing you have to worry about is losing your power. So to that end, many rulers in history have employed a vast plethora of methods with the emperors of China’s Ming Dynasty being no different.

They employed an imperial secret police called the “Jinyiwei” who were above the usual judicial system and had full authority to arrest, interrogate, and punish anyone deemed an enemy of the state, and I mean anyone.

Initially they were meant to be bodyguards for the Emperor, but over time they gained more and more authority. They were above due process and took direct orders from the Emperor, but over time they became as corrupt as the government they served and formally disbanded with the overthrowing of the Ming Dynasty in 1644. That’s the historical background and context for the wuxia epic “14 Blades”!

The illustrious Donnie Yen takes on the role of antihero Qīnglóng (literally “Azure Dragon”), the commander of the Jinyiwei who is given a mechanized box containing the titular 14 blades to assist in his duties.

Sammo Hung has a special appearance as Prince Qing, the uncle of the Emperor who is in exile for attempting to start a rebellion. Zhao Wei, whom many may remember for her role in “Shaolin Soccer “ as Mui, plays Qiao Hua.

I didnt choose this life

Jia Jingzhong, a corrupt eunuch, plots a rebellion against the current emperor with Prince Qing, who is vying for the throne. Eunuch Jia begins by wrongfully accusing an imperial councilor, Zhao Shenyang, of planning a revolt. He sends the commander of the Jinyiwei, Qīnglóng, to retrieve a safe box that he is told contains proof of his treason.

Qīnglóng soon discovers the box actually contains the Imperial Seal, a symbol of the emperor’s authority and what would be needed to legitimize a new ruler. He is then betrayed by his fellow Jinyiwei, who pledge themselves to Eunuch Jia. Escaping by the skin of his teeth, it is now Qīnglóng’s journey as a fugitive of the state to uncover this conspiracy. 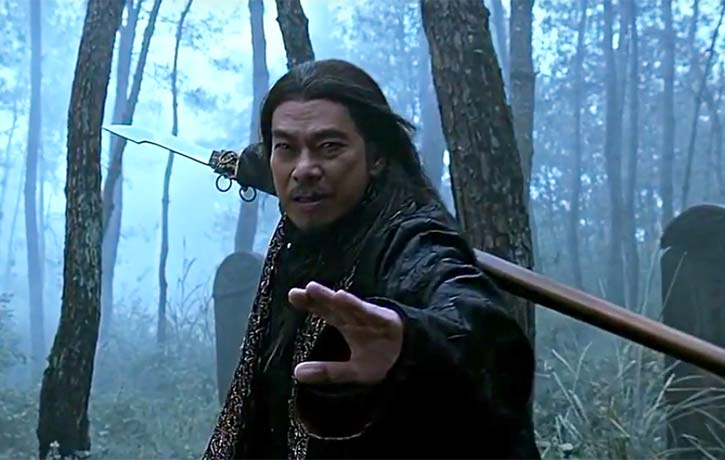 He shouldnt have hesitated

A certain level of skill is of course expected when you have Donnie Yen on board. This film is no different, and he even brings his signature approach to fight choreography by subtly mixing several concepts from different styles, along with his trademark. lightning-fast strikes.

14 Blades separates itself from the usual wuxia-fare by seamlessly blending the sword fights with fist fights so as to keep the action grounded and not too cartoonish.

If Im going youre going with me

Im no hero just a man on a mission

The concept of the box of 14 blades is intriguing; seeing all the uniquely- shaped blades of varying sizes (Cloud Strife’s Fusion Sword anyone?) makes you wonder at all the possible uses and applications. There are of course sword fights aplenty, because what wuxia film could possibly be complete without them?

Since it is a wuxia film, there is a lot of wire-fu present. Funnily enough there is sometimes a legitimate excuse for this, as the box of 14 blades is also equipped with grappling hooks that allow Qinglong to ascend walls, ‘Batman-style’.

Ninjas oh wait were in China 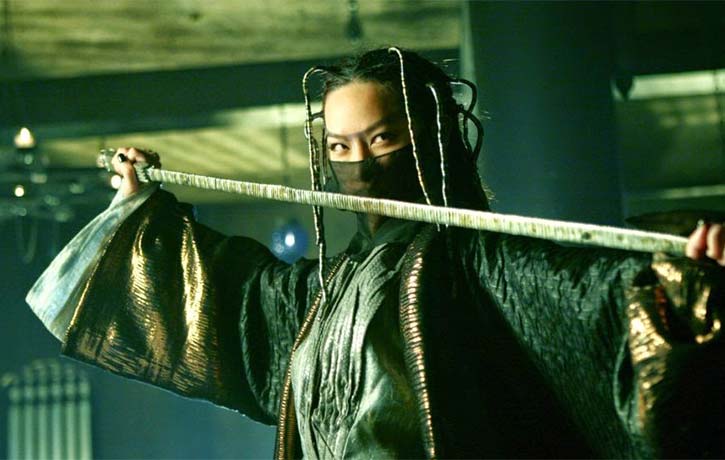 Thats quite a blade

How does my boot taste

Donnie portrays Qīnglóng with an air of being a cool-yet-rugged, extremely lethal combatant that beats up the cannon fodder with the lackadaisical ease that comes no doubt from decades of experience, even when heavily outnumbered. When taking on less skilled opponents, Qīnglóng is able to disable them without even really trying; but then there are also those who are more than a match for him!

Qinglong is only one of four senior Jinyiwei officers; the other three are charged with hunting him down and they’re all equally as skilled as him to have reached such a high rank. One senior officer, Baihu (lit. “White Tiger”), employs Tiger style Kung Fu in his fight against Qinglong; befitting his name. Eagle-eyed viewers will notice his particular version of Tiger style Kung Fu seems to stem from the Southern Chinese variants, which focus more on grappling and joint locking as he tries to repeatedly grab hold of Qinglong. 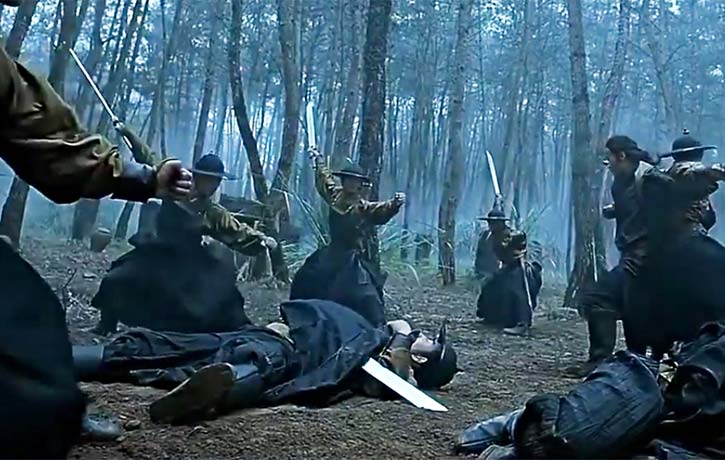 Political intrigue and kung fu seem like an unlikely combination in this historical action drama, but like peanut butter and chocolate, they do go sumptuously well together making it all the more enjoyable. “14 Blades” is unique in Donnie Yen’s career as it is one of the few roles where he is not necessarily a good guy, but he here finally discovers his humanity and seeks atonement. 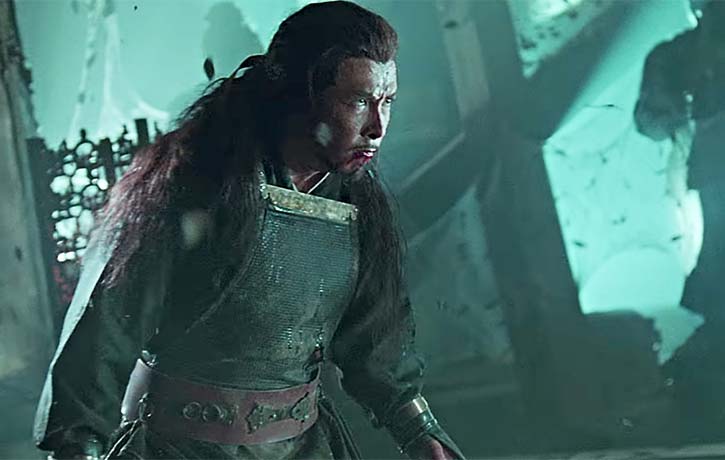 “14 Blades” is currently available to order on Blu-ray!

Let’s give that viral beast, COVID-19 the chop, then come and recharge your CHI in the FUniverse of news, Top 5’s, Top 10’s, exclusive interviews, keep your FU ON, with KFK wear and subscribe for more sharp, on-point fight action on YouTube!