After the box office triumph of “The Bourne Identity” in 2002, the CIA’s prized, rogue asset returned for an equally explosive sequel in “The Bourne Supremacy”.

The franchise continued its tradition of sourcing alternative directorial talent from outside the action genre by drafting in Paul Greengrass. With a background in TV and TV movies, he provided another unique angle on the redefined spy film.

We thought we’d revisit “The Bourne Supremacy” some 17 years on and also zero-in on the action, and how it looks in 2022…

Matt Damon returned as Jason Bourne, the former Treadstone secret agent who thinks he has escaped his past but is still mentally tortured by it.

Damon once again committed to carrying out all his own stunts, much to the delight of stunt coordinators Jeff Imada and Dan Bradley.

Franka Potente also returned as Bourne’s partner Marie Kreutz, whose character acts as the catalyst for Bourne’s unwavering pursuit of the CIA. Potente starred in several European movies in the interim after “The Bourne Identity”, however she returned to recapture the sensitive, vulnerable relationship between Marie and Bourne wonderfully.

Joan Allen made her first appearance in the franchise as CIA task chief officer, Pamela Landy. Her character’s cold and calculated nature, mixed with a strong moral compass made for a dramatic counterpoint to the corruption at play in the film’s subplot. Allen already held extensive experience preceding “The Bourne Supremacy”, most notably her portrayal of Pat Nixon in the biopic drama “Nixon” (1995) alongside Anthony Hopkins.

Brian Cox reappeared as Ward Abbott, a corrupt CIA section chief, with the character having more of a footing in the plot than in “The Bourne Identity”. Since his last appearance in the franchise, Cox kept a busy schedule with appearances in “Troy” (2004) alongside Brad Pitt and “The Ring” (2002) as Richard Morgan.

Bourne locks on the target

Julia Stiles was another return in the Bourne franchise as Nicky Parsons, the Treadstone field operative who knows Bourne’s case inside and out. Her character was another that enjoyed more screen time in this instalment as she is called upon to assist the manhunt for Bourne.

Jason Bourne and Marie Kreutz are living out a peaceful life in Goa, India away from the prying eyes of the CIA. Whilst Bourne suffers with PTSD as he pieces his memory back together, he is framed for murdering two CIA operatives in a backdoor deal with Russia over the ‘Neski files’.

When Bourne and Marie are found by an assassin, they flee, only for Marie to be shot and killed during their escape.

Stricken with grief and spurred on by thoughts of revenge, Bourne sets off to investigate why he is being targeted again.

WHO WAS I IS THE OPERATIVE QUESTION

When Pamela Landy begins to suspect that Bourne wasn’t responsible for her botched ‘Neski files’ deal with the Russians, the true corruption that underlies the CIA comes to the fore.

The fight scene between Bourne and the only other remaining Treadstone agent, Jarda is sure to make the cut of any all-time great action compilation. The martial arts of Kali and Jeet Kune Do feature heavily in the choreography thanks to fight coordinator Jeff Imada.

Jeff’s choreography process typically involves analysing the set once it is dressed and considering what props could be present that could double as weapons.

For this fight scene between Bourne and Jarda, he identified a rolled-up newspaper as a potential weapon. Matt Damon and Marton Csokas (Jarda) verified the newspaper as a realistic weapon by hitting each other in the arm in between takes, actually bruising each other.

The scene incorporates the environment into its choreography perfectly. A power cord is also used as a choking mechanism in a grappling sequence, giving the scene an impression of spontaneity.

It’s not a Bourne Film without a Solid Car Chase…

As if holding up a mirror to the iconic police chase in “The Bourne Identity”, this film features another extensive pursuit with Bourne behind the wheel. This time in Moscow, Russia, the signature car chase has Bourne evading an armada of police cars as well as the prolific assassin, Kirill.

Taking place over 5 minutes of screen-time, the chase employs rapid cuts and quick pans that keep us whirling through the action. Considering that Kirill shot and killed Marie at the beginning of the film, the scene carries extra potency at its climax as Bourne walks away battered but victorious.

Things take a bad turn for Bourne and Marie

The Humanity of the Spy

Alongside the elaborate stunts and high-stakes combat, the film develops Bourne’s character further after “The Bourne Identity”. In our review of the first film in the series, we discussed how seeing a more human side to the spy repurposed the genre for the modern day.

In this sequel, we see Bourne evolve beyond simply falling in love. As the film reaches its conclusion, our rogue assassin seeks reconciliation for the pain he inflicted in his past life by tracking down the daughter of his first target.

This subplot is in stark contrast to the cold, calculated killer we see hell-bent on avenging Marie for the majority of the film.

In “The Bourne Supremacy”, Jason Bourne takes more steps away from his treacherous past, and towards becoming a force
for good.

Where are those Neski files

Creating a sequel to “The Bourne Identity” was definitely a tall order, however “The Bourne Supremacy” landed on many levels.

Major developments in the protagonist’s character whilst living up to the high standards of action, and stunts makes this film a very fitting sequel. 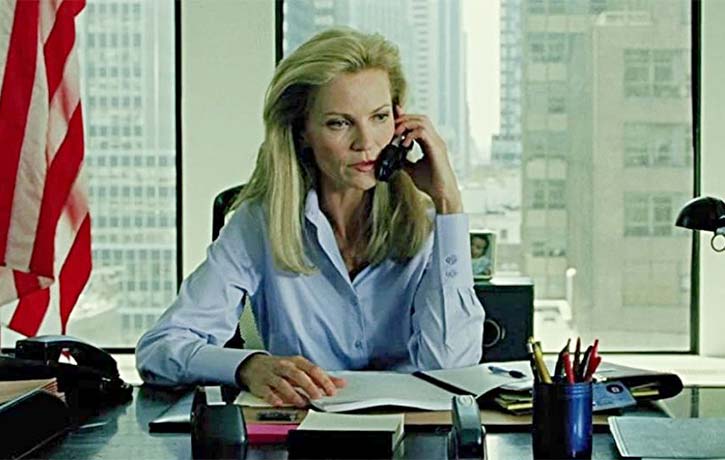 Where the first film sent Bourne on the search for his identity, “The Bourne Supremacy” added revenge to his list of motivations. Pinning a terrible heartbreak to the beginning of the plot provided an emotional backdrop to the ensuing action and violence. This is where the film finds its compelling storytelling.

The action itself is once again remarkable, which is testament to Matt Damon’s commitment to his own stunts. In addition to its dynamic car chases, “The Bourne Supremacy” offers another brilliant display of martial arts and builds upon the foundations laid by the franchise’s first captivating instalment.

Records up in smoke

What DO YOU REMEMBER best about this classic, blockbuster, spy-action thriller sequel from some 17 years back?

Had your IDENTITY SHIFT yet? Are YOU BOURNE to reign SUPREME in 2022? Get inspired in the KINGDOM of FU, and our Top 10 Bourne Fight Scenes, more Top 10’s, Top 5’s, exclusive interviews, (including our interview with Matt Damon’s trainer for “Jason Bourne”, Roger Yuan).

BOURNE to TRAIN? Then don’t forget your KFK wear, and subscribe for the SUPREMACY of FU on YouTube!