Former wushu champion Jet Li returns to the role that firmly established him as one of Hong Kong’s biggest film stars, “Wong Fei-hung”.

Wong Fei-hung was a real-life martial arts master who taught the Hung Gar style of kung fu, which he learned from his father, Wong Kei-ying, also a popular master. He has been portrayed in over 100 films and television productions, most famously by Kwan Tak-hing. Jackie Chan played a comic version of the character in the “Drunken Master” films.

In the early 1990’s, Donnie Yen had started to emerge as a capable and popular action star. Here he plays the fictional antagonist “Commander Lan”. Already familiar with working with fight choreographer Yuen Woo-ping, Donnie was ideal for director Tsui Hark to put opposite Jet Li to meet, and perhaps exceed, the action standard set by the previous film.

Popular actress Rosamund Kwan reprises the part she would become best known for, “13th Aunt Siu-kwan”. Rosamund appeared with Jackie Chan, Sammo Hung and Yuen Biao in “Twinkle Twinkle Lucky Stars“, and again with Chan in “Project A Part II” and “Armour of God“. Outside of the “Once Upon a Time in China” series, she also appeared with Jet Li in the films “Swordsman II” and “Dr. Wai in The Scripture with No Words”. Hong Kong actor and singer Max Mok plays Wong Fei-hung’s sidekick “Leung Foon”. Mok replaced Yuen Biao who declined the role after the first movie.

Chinese-born British actor and occasional film director Zhang Tielin plays the real-life historical character of “Sun Yat-sen”. He is best known for portraying the Qianlong Emperor in the first two seasons of the Chinese television series “My Fair Princess”. Zhang starred together with actors Wang Gang and Zhang Guoli in many television series’ and they are collectively known as the “Iron Triangle” in the Chinese entertainment industry. 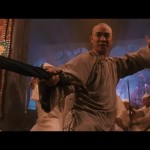 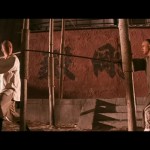 This movie has a massive bonus Jet Li versus Donnie Yen

They must find a way to save the children

Their speed and coordination is breathtaking

David Chiang plays “Lu Haodong”, a Chinese revolutionary who is best known for designing the “Blue Sky with a White Sun” flag that became the emblem of the Kuomintang (Chinese Nationalist Party). Chiang was a martial arts superstar in the 1970’s under the Shaw Brothers Studio, who appeared in over 130 films and over 30 television series’. In 1972 he won the Golden Horse Award for Best Actor for his role in “Blood Brothers”.

Hung Yan-yan plays the leader of the White Lotus Sect, “Priest Gao Kung”. Just like Jet Li, Hung was a multiple time wushu champion. He often acted as Jet Li’s stunt double and eventually became an actor and action choreographer in his own right. He went on to play the part of “Club Foot” in the “Once Upon a Time in China” sequels, and was the action choreographer for Jean-Claude Van Damme’s “Double Team”.

In 1895, accompanied by his 13th Aunt and apprentice Leung Foon, Wong Fei-hung travels to attend a medical seminar in Guangzhou. The situation there is chaotic, with protests in the streets against the signing of the Treaty of Shimonoseki, and the xenophobic White Lotus Sect attacking Westerners and destroying everything regarded as alien to Chinese culture.

At the seminar Wong meets Sun Yat-sen and learns that Sun and his friend, Lu Haodong, are part of an underground movement seeking to overthrow the Qing dynasty and establish a republic in China. The local Military Officer Commander Lan and his soldiers try to capture Lu, who knows the whereabouts of a secret book containing the names of the revolutionaries.

The noble martial arts master Wong Fei-hung faces his greatest challenge, to defeat the equally skilled Commander Lan and Priest Gao Kung, or many innocent lives will be lost. 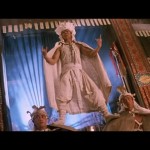 The speed of Jet Lis kicking combinations is incredible 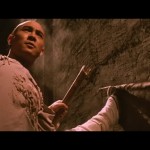 The opening scene introduces the White Lotus Sect with their strange, spirit-summoning rituals. In reality, it is an opportunity to show off the Chinese-style acrobatics and some of the “Iron Shirt” kung fu skills that will be used to full effect later in the film.

Jet Li’s opening gambit is one of the best introductory scenes he’s ever had. When anti-foreigner demonstrators attack 13th Aunt and Leung Foon, Wong Fei-hung comes flying over the crowds and bursts into action. His lightning-quick kicking combinations take out multiple foes, all expressed in long takes and wide shots.

Donnie Yen’s entrance to the action is no less impressive. Wetting a long cloth, Donnie winds it tight and unleashes it as a powerful cudgel. Using it to strike the dusty floor and bamboo poles that surround him, there is little doubt that he makes a formidable and deadly foe. When he is introduced to Wong Fei-hung, he initiates a duel with bamboo cudgels, this is what the fans want to see! Two of the best in the business going at it on equal terms, performing exquisite wushu techniques and postures. There is some wire work, but it mostly compliments the abilities of the two stars. The puffs of dust and slow motion inserts accentuate Li’s and Yen’s skill and power. Their speed and coordination is breathtaking, again caught in beautifully shot long takes. It also establishes in the story that Wong Fei-hung may have met his match.

When the British Consul is attacked, Jet Li fights and somersaults on a staircase, before again performing his impressive kicking combinations. Max Mok as “Foon” has a nice sequence of his own where he uses a large wooden crucifix to batter several opponents!

In this film, Jet Li not only has an opponent of equal ability in Donnie Yen, but also gets to face off with his own stunt double, Hung Yan-yan. The extended fight sequence against the White Lotus Sect gives Jet multiple opponents to take out. He uses traditional techniques, wushu moves and even Wong Fei-hung’s famous weapon of choice, an umbrella! Hung Yan-yan has some impressive skills of his own and is incredibly agile. The superstitious setting of the scene, that the more powerful warrior has the highest altar, demands that a lot of wire work is necessary. It is used in context however, and the physical skills required by the actors and stuntmen are no less impressive for it.

The final showdown is of course between Jet Li and Donnie Yen. Stuck in the confines of a warehouse full of bamboo scaffolding, they still manage to duel with long bamboo poles. As the action opens out, Donnie uses rope dart and whip chain applications with a tightly wound wet cloth to deadly effect. Jet Li is no slouch though and counters with his dexterous agility and skills with a bamboo pole. The only downside to the action between these two masters is that they don’t get to fight hand-to-hand. Even so, the scene remains one of the all-time-great onscreen match ups.

The original “Once Upon a Time in China” film was a tough act to follow. It reinvigorated the Chinese audience’s appetite for “wuxia” movies whilst at the same time telling a story that was well acted and beautifully filmed. The core themes about living in turbulent times, coming to terms with the past, an uncertain future and the identity of the Chinese people, were very resonant in pre-1997 Hong Kong. Even today, the fundamentalism and xenophobia generated by the White Lotus Sect are relevant to current world affairs.

Jet Li flies to the rescue

Fei hung teaches 13th Aunt some moves of her own

Tsui Hark pulls off a masterstroke here in continuing on from what he had so successfully established in the first film and upping the stakes for the character of Wong Fei-hung in the casting of his opponents. This sequel is just as well filmed, with authentic looking sets, costumes and props, although it is a little darker literally and thematically. If you took a sepia coloured still from the film it would look like a genuine Qing dynasty photograph.

Under Tsui Hark’s direction Donnie Yen raises his game from his previous roles in the acting stakes, and was even nominated for a best supporting actor award. What helps to make Jet Li’s performance so convincing is that he performs so much of the action himself, and acts with a dignity that translates into the character of Wong Fei-hung.

The first two films in this series are absolute must-sees. They are properly made, artistic films that can be enjoyed whether there was martial arts present or not. The first film is my personal favourite of the series, but there is very little in it, and this sequel has one massive bonus – Jet Li versus Donnie Yen! 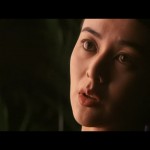 Donnie Yen is great but Jet Li is no slouch