With all of the highly-anticipated comic book adaptations hitting the big screen this year 2016 and far beyond, standing unique and apart from the huddling crowd is crucial to success. Fortunately, nobody does that better than the ‘Merc with a Mouth’, and after over a decade of development hell and one ill-received moment in the sun of 2009, “Deadpool” finally delivers the chimichangas!

(This is the Red Band version, you’ve been warned! Umm…Tell mommy to call us if there’s a problem, she knows where to find us!)

In addition to his role as producer and all round driving force of getting the film done, Ryan Reynolds portrays the tongue-lashing, potty-mouthed mercenary Wade Wilson aka Deadpool -a man on a mission of vengeance against the stone-cold Ajax, or as our hero disparagingly calls him, Francis played by Ed Skrein.

Legal roadblocks and character rights issues between Marvel and Fox preclude Iron Man, Thor, or anyone else from the Marvel Cinematic Universe from making a cameo, but the X-Men are fair game. Thus,we have Colossus and Negasonic Teenage Warhead appearing in supporting roles, portrayed by Stefan Kapicic and Brianna Hildebrand. And whilst no X-Men with adamantium claws show up, our self-aware hero never misses an opportunity to make a punch-line of Hugh Jackman himself.

There are two things that mercenary Wade Wilson (who’s fully aware that he’s a fictional character) is never at a loss for; one-liners and undying affection for his girlfriend Vanessa. However, their perfect life together seems shattered when Wade is diagnosed with terminal cancer that is, until he receives an offer for an experimental cancer treatment.

Although the treatment proves successful it comes at the cost of weeks of torture at the hands of the ruthless Ajax, who intends to turn Wade into a brainwashed super-slave. Ultimately, Wade escapes and while the procedure grants him the ability to heal from virtually anything, it also leaves him horrifically deformed and unable to show his face to Vanessa. This leads him to mask himself in a red and black suit, adopt the moniker of “Deadpool”, and embark on his quest for vengeance on Ajax, spouting off plenty of fourth-wall breaking wisecracks with him.

If you talk to just a handful of Marvel and DC fans at Comic-Con, it won’t take long to see how little love Ryan Reynolds gets in past comic book-based outings, “Blade Trinity”, “X-Men Origins: Wolverine”, and “Green Lantern”. (I’m of the opinion that the latter two are underrated, particularly “Green Lantern”, but I also have no illusions about what a minority perspective that is.)

Deadpool has allies in the X Men 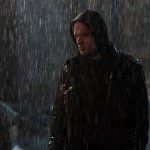 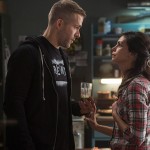 Wade has some bad news 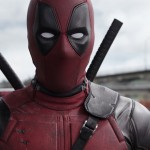 Time for some payback

Fortunately, Mr. Reynolds’ twelve-year quest to bring the Merc with a Mouth to the big screen pays off big time in “Deadpool”. There’s no other character in all of comic book lore, and perhaps in all of fiction, quite like Deadpool and you get everything that his legions of fans love about him here, most importantly his proclivity for breaking the fourth wall at regular intervals.

It cannot possibly be overstated how much of a selling point Wade’s one-liners are and this flick has enough to fill an aircraft hangar or two. Anyone with a distaste for foul language and adult jokes need not apply; this flick FULLY embraces its R-rating, and Reynolds’ penchant for wisecracks and verbal-sparring is well-served by the decision of the filmmakers to totally embrace the film as the superhero equivalent of Adult Swim.

The film gets plenty of mileage making friendly jabs at Hugh Jackman, and as you’re probably guessing, Reynolds’ past comic book roles are up for a little hazing, although not as much as you might think. Nevertheless, his previous portrayal of the title character is still the butt of quite a few jokes. Put it this way – if you’re hoping that they directly address the most reviled aspect of “Barakapool”, your hopes are not in vain.

Of course with two guns and a pair of katanas always by his side, Deadpool always means business even if his attitude suggests otherwise. The first big action scene, where our hero takes on a cadre of Ajax’s henchmen in a speeding car, feels reminiscent of the car chase sequence in “The Raid 2”, and anyone who’s seen the film should know by now that that is a comparison that has never been made in a negative way.

There’s plenty of excellent sword play and aerial martial arts throughout the film, but it really heats up once Wade puts on his trademark suit and starts slicing through every henchman who dares cross his path. This gives way to an action montage with an absolutely flawless Deadpool rap theme that is sure to be a staple of nightclubs around the world for years to come.

MMA champ Gina Carano doesn’t get much to do for most of the film beyond stand around and look tough but that all changes in the finale where she goes toe-to-toe with Colossus, and largely pounds him like a metallic speed bag. Meanwhile our hero finally faces off with Ajax and Ed Skrein really seems to have honed his physical abilities after assuming the role of Frank Martin from Jason Statham in 2015’s “The Transporter Refuelled”. Of course, even with the life of his beloved Vanessa at stake, Deadpool never disappoints his fans’ expectations of an abundance of levity! 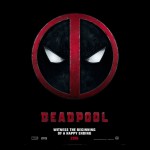 Smile Colossus were on KFK 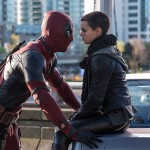 Stop telling me I ripped off Spider Mans mask 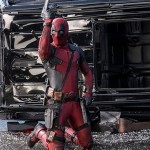 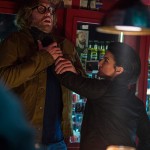 Angel Dust is aggressive in her interrogation methods

As cliché as it may sound to say that you won’t see another superhero movie like “Deadpool” this year, is not only a statement of fact, it means its done its job. Ryan Reynold’s passion for his character and the years of blood, sweat, and tears he’s put into getting the film made are clear every second that he’s on-screen and the wicked sense of humor that defines Deadpool never lets up for a moment. It goes without saying that Fox is going to have a blast with the special features once the film arrives on Blu-ray and in a good and just world, they’ll include a music video of our hero jazzercising to his own rap theme!