The upcoming female-centric reboot of the classic tournament film “Bloodsport” has snagged accomplished stuntwoman and martial arts expert Amy Johnston as its lead. The film, titled “Lady Bloodfight” (from its former title “Lady Bloodsport”), is being helmed under the banner of B&E Productions, a Hong Kong-based production company founded in 2009 by renown Asian cinema expert Bey Logan, and will be directed by Chris Nahon, best known to martial arts fans for directing Jet Li’s Parisian thriller “Kiss of the Dragon” in 2001. The film is set to enter production later this year, with former Soviet Wushu athlete Temur Mamisashvili handling the duties of fight choreographer. According the synopsis:

Jane is a beautiful but troubled American girl backpacking through Japan, when her raw street fighting skills draw the attention of Oshima, Japanese karate champion, who recruits and trains her to fight in the vicious, all-female, underground martial arts tournament known as “The Kumite”.

After months of rigorous preparation, Jane is ready to face off against the deadliest female fighters in the world, including Ling, the Chinese apprentice of Oshima’s nemesis. But other nefarious forces lie in the shadows, and Jane and Ling will have to unite on a journey that will take them from the gritty underworld of Hong Kong to the glitz of Macao, before deciding who really is the best female fighter on the planet.

If the poster art that’s been released thus far is any indication, the theme of the film will indeed be one of transformation into a warrior, but don’t take my word for it! 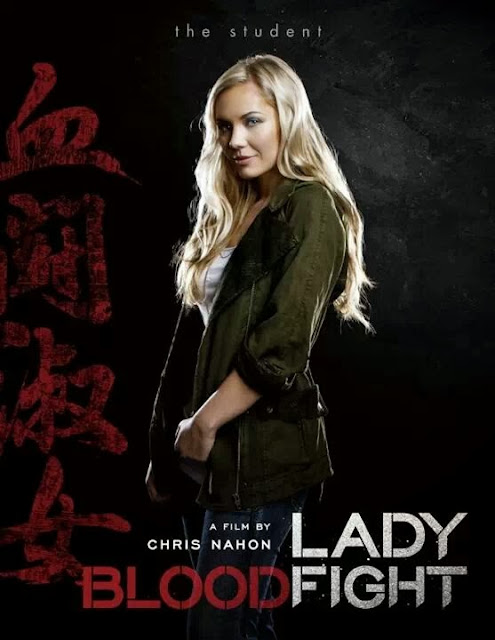 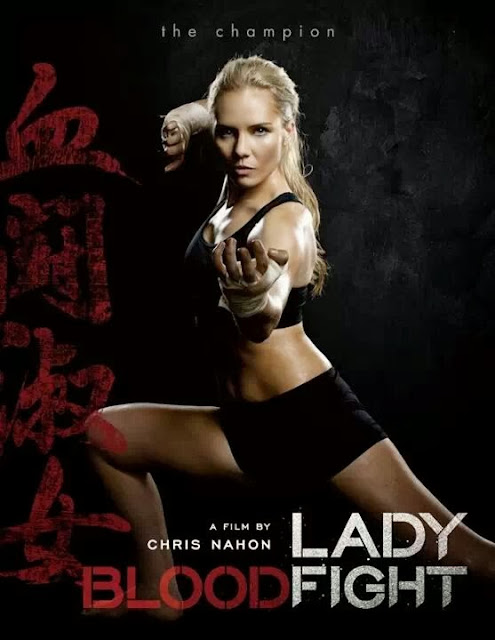 Personally, I can’t wait to see a trailer for “Lady Bloodfight”. As anyone who’s spent any significant time studying martial arts can tell you, there’s a widespread (mis)perception among the general public that martial arts as a whole, and martial arts movies especially, are strictly a “Boys Only” club. Of course, this idea is the height of absurdity, but it’s one that continues to persist in wider culture, to the detriment of both men and women. The names Angela Mao, Michelle Yeoh, Cynthia Rothrock, Kara Hui, JeeJa Yanin, Rina Takeda, and Cecily Fay are just a few of the nails in that particular coffin. Still, the combination of the film’s female-centric theme, the connection to classic like “Bloodsport”, the director of “Kiss of the Dragon”, and the backing such a respected expert of Asian cinema as Bey Logan may be just what is needed to show the world the truly egalitarian nature of martial arts both in reality and on the silver screen.

As for Amy Johnston, she’s certainly capable of handling an action-heavy role such as this. Her stunt resume includes doubling for Scarlett Johansson in April’s “Captain America: The Winter Soldier”, and she tackles the role of Amy in the upcoming love-letter to Hong Kong action flicks from the 80’s, “Unlucky Stars”. She’s also one of the principal players in the upcoming web-series “Clandestine Path”. And if all that doesn’t convince you of Ms. Johnston’s action heroine chops, then how about this: