Interview with Cynthia Rothrock on The Martial Arts Kid 2

The cast of 2015’s “The Martial Arts Kid” is populated by rising stars like R. Marcos Taylor of “Straight Outta Compton” fame and legends of martial arts like Don “The Dragon” Wilson and, of course, the ‘Lady Dragon’ herself Cynthia Rothrock. Over the course of her thirty-plus years in the film industry, Cynthia has shown what she’s made of alongside everyone from Richard Norton and Sammo Hung to Hwang Jang-lee and Michelle Yeoh – and even made time to stop in at Master Ken’s dojo for a little Ameri-Do-Te action!

Today, Cynthia sits down with KFK to share her experiences of making “The Martial Arts Kid”, and what fans can expect from the film’s sequel.

Hi Cynthia, thank you so much for the chance to speak today. Hope you’re doing well?

Hi Brad, its my pleasure. Thanks, I’m doing great!

How did you first become involved in “The Martial Arts Kid”? What interesting stories can you share about the making of the film?

James Wilson is a friend of mine, and he asked if I would be interested in doing a family film, playing a mother. As far as making the film, when we were shooting the fight scene at the beach with the bully, I didn’t feel the main character to play the bully was right for the part, and my friend Eric Kovaleski was there, originally for a different part, so I had him play the bully. His acting and fighting were perfect. We shot the scene where I kick sand in his face, without a rehearsal and it went in his mouth and his ears. We went to dinner that night and sitting next to Eric, could see his ear was still full of sand!

Gritty experience! So, what are some of your favourite and memorable experiences from making “The Martial Arts Kid”?

I think my best experience was working with so many of my friends. The atmosphere was always fun, and everyone worked hard and fast to make the film the best we could. I have worked with friends before, but this was like the biggest group ever gathered for a film, and I loved every minute of shooting it.

Cynthia will go toe to toe with R 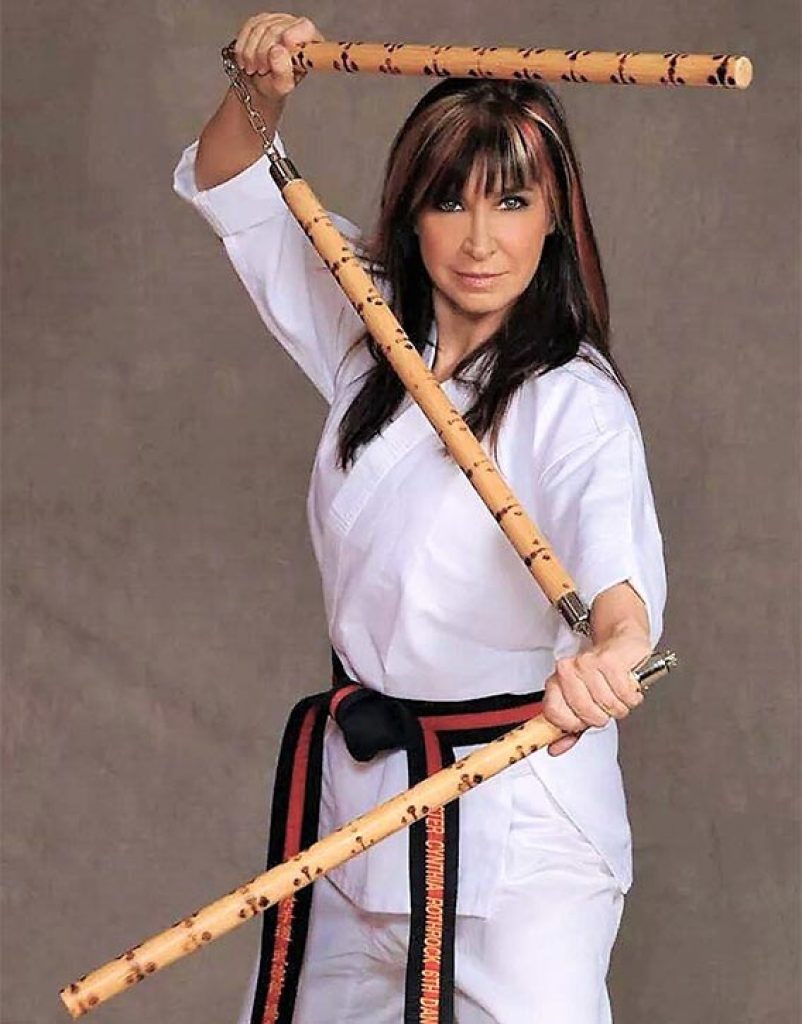 Cynthia is a master of the Three section staff

That certainly came across in the film. Did you experience any injuries or mishaps on the set?

No, no injuries, it was quite easy for me.

So, what can you share about the experience of reuniting with Don “The Dragon” Wilson for “The Martial Arts Kid”?

It was fun because we got to play husband and wife. We have known each other for 30 plus years so it felt very natural. The one scene where we are talking in the kitchen about Robbie was all impromptu. We didn’t have that scene in the script and we had to tell the back story in our own words.

How did “The Martial Arts Kid 2” come about? Was the film always intended to have a sequel?

Yes, we always had a vision of doing part two. That’s why we shot the ending the way we did. Of course we had to wait to see how successful part one was going to be. This film won many awards, so without a doubt, we would be shooting the sequel. We are prepping for it now.

We definitely look forward to seeing it when it’s wrapped. So, what can you share about where “The Martial Arts Kid 2” will go from where the first film left off? 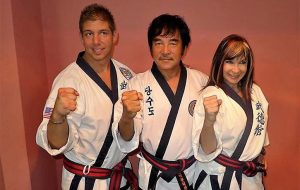 There will be some surprises in this one. It will pick up with Chuck Zito’s character seeking revenge, and we will still have a good moral story but it will be a bit darker with more fighting. I will be fighting R. Marcos Taylor in this one so I’m quite excited about it.

Wow, Cynthia Rothrock vs ‘Suge Knight’ sounds unmissable! On that note, what other projects do you have in the works outside of “The Martial Arts Kid 2”?

Currently I am working on putting on a documentary of my life, which we’ll be doing a crowd-funding campaign for soon. I’m very excited about it because it’s going to be a different kind of documentary, entertaining, spiritual, fun, motivational and quirky, like me!

Definitely looking forward to hear how that unfolds, keep us in the loop. Thank you so much Cynthia it’s been a pleasure. Good luck with your documentary and “The Martial Arts Kid 2”!

Thanks Brad, very happy to speak with Kung Fu Kingdom! 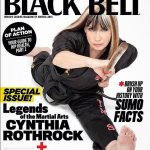 Cynthia films a scene in The Martial Arts Kid

Cynthia oversees the dojo in The Martial Arts Kid

Cynthia is ready to rock 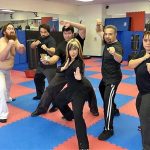 Hope you liked this interview with the legitimate on (and off) screen ‘Queen of Kung Fu’
Which of her 50-plus high-kicking movies do you remember best and which of her fights impressed you the most? Let us know below, join in the conversation on Facebook and follow us on Twitter. (Check out our other kung FU-elled interviews too!)