If it’s the triumphant victory of an underdog you crave, brace yourself for the rampage of a pit bull in Lee Seung-won’s “Revenger”. Setting its action within the confines of an island penitentiary, “Revenger” is carried on the very capable shoulders of stunt veteran Bruce Khan, who barely utters a word for the entire film – and to be honest he doesn’t need them since his intense presence and insane martial arts talent gives you PLENTY of bang for your buck!

In addition to scripting the film, Bruce Khan stars as its vengeance-focused protagonist, Yool, a former police officer now imprisoned on an island full of psychotic killers. Park Hee-soon portrays our hero’s arch-nemesis, Carlos Kun, while Yoon Jin-seo plays the skilled archer, Mali, and Kim Na-yeon plays her young daughter, Jin. Kim In-kwon adds a little levity to the film as Bau, the energetic leader of a group of inmates who bears a hook in place of his left hand, while Chun Jae-sung portrays Bau’s close follower, Takuya, and T.J. Storm also appears as Sergei, leader of a vicious cluster of the violent inmate population.

Once upon a time, Kim Yool was a decorated Interpol officer. However, the loss of his family at the hands of crime boss Kun sent him into a violent rampage that would ultimately land him in “AP-101”, an island penitentiary where inmates on death row from throughout Asia are held.

Kun is also sent to AP-101, and after leading inmates into a violent rebellion against the island’s police guards, swiftly rises to power to cast his rule over the island and its inmate population. After Yool rescues Mali and her young daughter Jin from a gang of pursuing inmates, he learns of Kun’s presence on AP-101, and quickly sets out to exact vengeance on his family’s killer.

Yool goes for the disarm 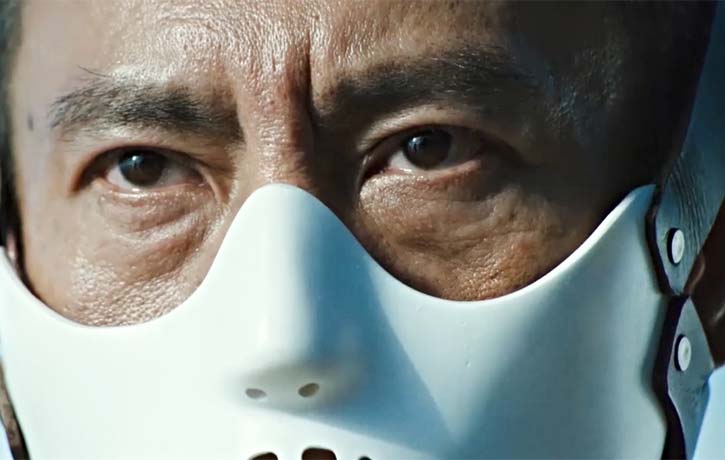 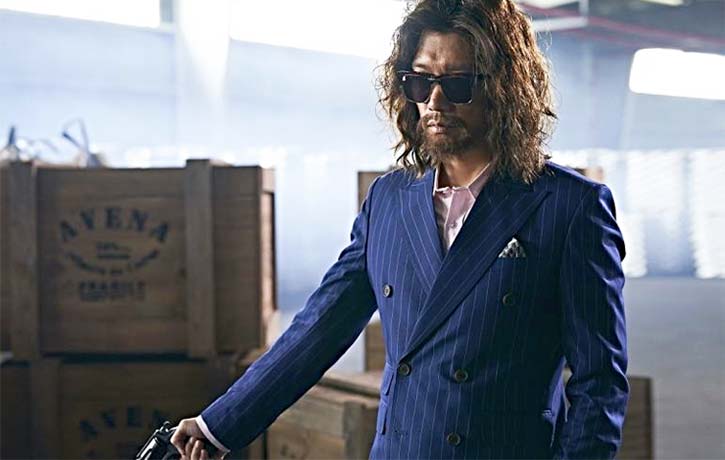 Though her cluster of fellow inmates hope to aid Yool in overthrowing Kun, Mali is less eager to lend him a hand, given that it was Yool who had arrested her during her pregnancy, her confinement forcing her to give birth to Jin on the island. However, Jin’s efforts to help Yool ultimately lead to her capture from another gang of the island’s inmates, leading Yool, Mali, and her cohorts to form an uneasy alliance to rescue Jin and bring down Kun once and for all.

With its setting on an island prison, “Revenger” serves up a cocktail of martial arts action that’s effectively “Enter the Dragon” meets “The Hunger Games” meets “The Raid 2”. That’s hardly a criticism, as Bruce Khan’s script not only keeps the film running at a nice clip, but also allows the film to function on simplicity. Our hero Yool is, quite simply, a force of nature, a man who speaks maybe a dozen lines (total) in the entire film, but whose intent and abilities are never less than crystal clear. 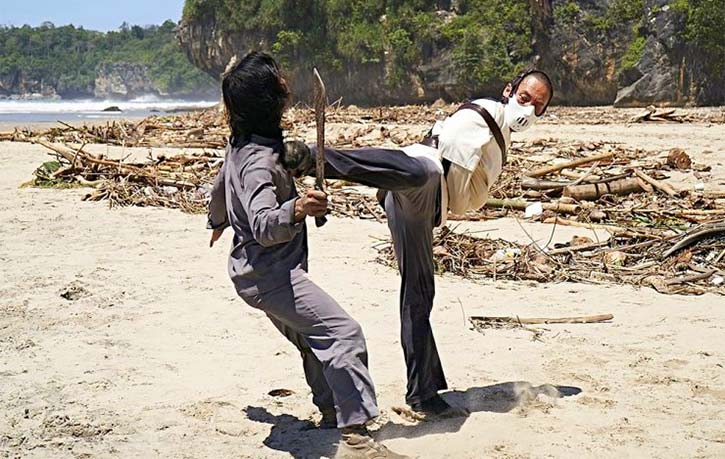 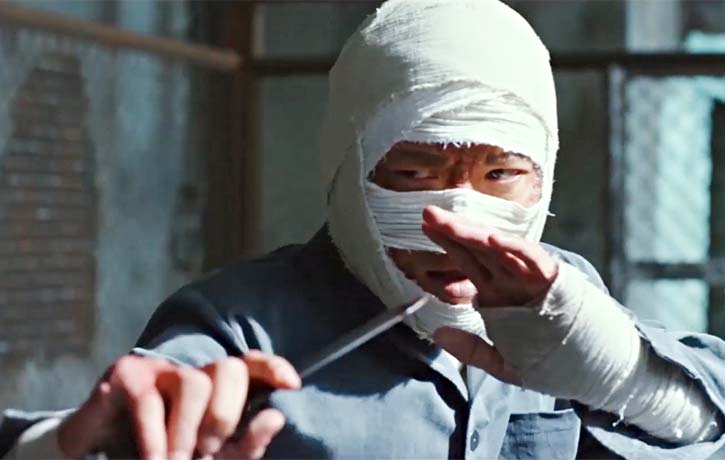 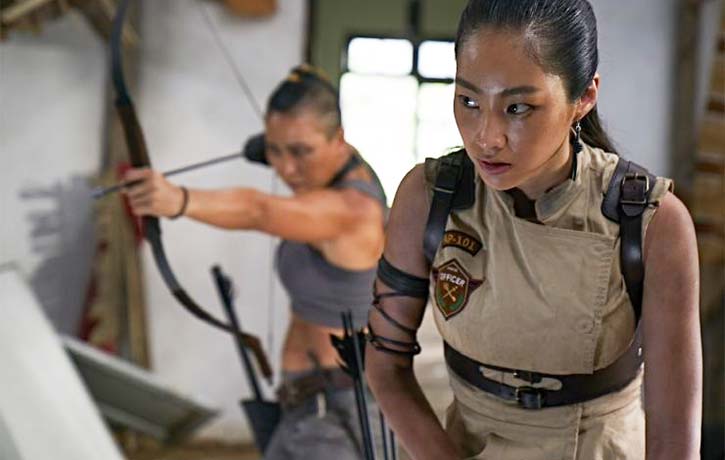 Yool is both far too skilled a fighter, and far too dead set on his vendetta, to be stopped. From the moment he springs into action, ninety percent of his enemies don’t stand a chance, and most of those who do are just a little better at taking hits for that much longer. Khan’s ability to carry the film is carved into stone from the opening set piece on a beach, in which our straitjacket bound protagonist easily holds off a gang of armed enemies like he’s swatting flies with his feet. If you know anything about kicking, throwing roundhouse and spinning kicks with both arms immobilised is far more difficult than Khan makes it look here, but barely fives minutes into “Revenger”, it’s clear that its dexterous star and screenwriter knows how to (quite literally) kick off a movie.

Indeed, “Revenger” is the kind of film where the hero is so effective, that your sympathy arguably extends more to the villains. The first time Yool takes a significant hit of any kind comes nearly an hour in, when one of Kun’s bow-and-arrow wielding henchwomen takes him out of commission for a time with a poisoned arrow. Up until that point, navigating the inmate population of AP-101 is like shooting fish in a barrel for Yool, our hero casually strolling into one dilapidated room after another, exiting each with a dozen battered foes writhing in agony behind him.

Imagine seeing Michael Myers or The Terminator mowing down their prey with traditional Taekwondo kicks and Hapkido manoeuvrers, and you have the “Revenger” style of action in an nutshell. Yool’s recuperation after his arrow-wound also gives his new allies a chance to shine themselves, with Mali in particular giving Katniss Everdeen a run for her money in the archery department.

Of course, Yool has to come off the bench for the finale, and Khan absolutely throws down the gauntlet for the film’s final two fight sequences. The first sees our hero holding off a group of Kun’s henchmen in a blindingly-blazing, bladed smackdown that is essentially a sword fight seen through the eyes of “The Raid”. 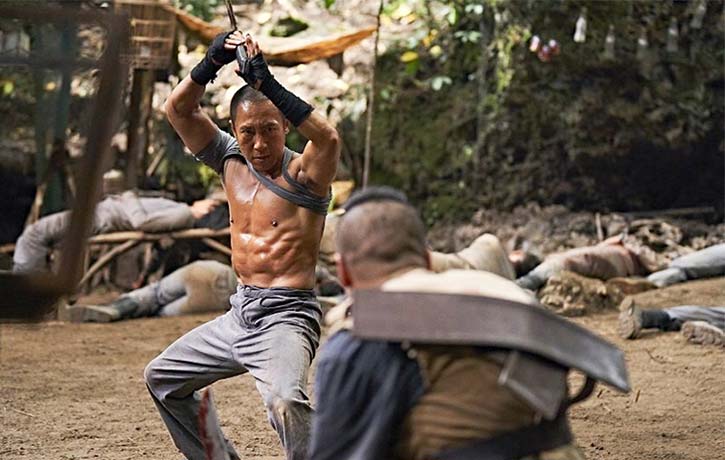 Yool is lethal with a sword 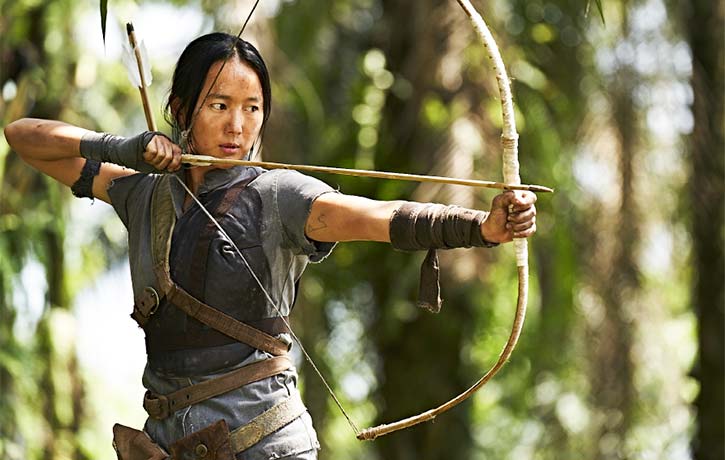 Naturally, the film can only come to an end with Yool’s final confrontation with Kun, and it’s where the film’s stylistic choices come into complete focus. Yool speaks up to a third of his total dialogue in the whole film here, in English no less, and finally faces an enemy capable of holding his own. Like a gunslinger in the Old West, our hero has arrived at this moment, a lone wolf with laser-like focus, who, having already devoured the best the island has to offer, has only the Alpha Male left to vanquish.

Kun is like something out of Manga, his badly-burned face clad in bandages, a sinister grin always peaking through to leave the viewer in an edgy state of discomfort and Yool in a state of indifference. Only one of these men is walking away from this alive, and Khan knows just how to close out “Revenger” on a note that doesn’t betray its essence as it slams the accelerator into the action-packed showdown they know you crave!

With a script and action sequences that keep its vengeance-driven premise simple but consistently captivating, “Revenger” is an hour and forty minutes of razor-precise, lethal-but-classy head-kicking entertainment. Portraying a silent character, showing that less is more, Bruce Khan delivers a Zen master-like performance on a mission of vengeance that does all the talking.

While Lee Seung-won’s direction keeps the film moving at a pace that’s both fast and foreboding, the film’s many fight sequences are sharp, crisp, and gratifyingly refined. If you’re behind on your monthly butt-kicking quota, “Revenger” isn’t just a veritable martial arts action buffet, it’s a FEAST! 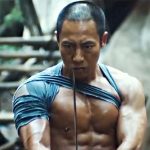 Its all over for you my friend 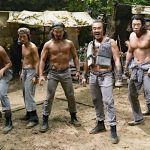 Bau leads a cluster of the islands inmate population 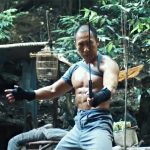 Level up and Yool be cool 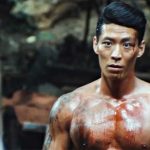 Muscle alone is not enough son 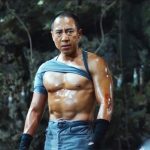 Bruce Khan as Yool is too cool for school 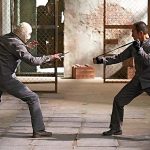 Yool and Kun face off 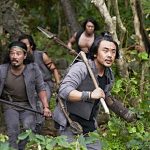 Excited to see “Revenger” when it drops on Netflix on Jan 15th? Which Korean action movies, fight scenes and martial artists do you remember best? Let us know in the comments below; Like, share and join in the conversation on Facebook and follow us on Twitter and Instagram. (You an Avenger or Revenger? Either way, run into the FUniverse and find another Korean action hit, The Villainess, and our rundown of Top 10 Taekwondo Movie Fight Scenes too!)