Think becoming Hollywood’s next big action star is a tough nut to crack? Tell that to the four heroes of the action comedy “Plan B”! The debut feature of German stunt team Reel Deal Action Design, “Plan B” injects liberal doses of refreshing, quirky comedy into a nostalgic throwback to the 80’s, evidenced in everything from our heroes’ wardrobes to the blistering, Jackie Chan-esque stunts and martial arts action they dish out at regular intervals!

The front men of Reel Deal Action Design, Can Aydin, Cha Lee-Yoon, and Phong Giang each portray their eponymous equivalents in “Plan B”, while dancer Eugene Baoteng portrays the team’s good friend and manager, U-Gin. Berlin’s most feared mob boss, Gabriel, is portrayed by Henry Meyer, while Laurent Daniels assumes the role of the appropriately named police detective, Kopp. Gabriel’s wife Victoria is portrayed by Julia Dietze, while Gideon Burkhardt steps into the role of Kopp’s new partner, Schulz, with Florian in the role of Gabriel’s bloodthirsty enemy in the criminal underworld, Eddy.

Plenty of stunt fighters pop up along the way, but fans of “One Million K(l)icks” will want to keep their eyes peeled for the film’s dynamo leading man, Mike Moeller, who arrives for a more than welcome round two with Chan Lee-Yun after their first dojang skirmish in their previous collaboration.

Can is ready to become the next Sylvester Stallone

Can stands strong against his opponent

Can lands a very casual kick

Admittedly, Can’s habit of pitching the group’s capabilities of improving lacklustre action sequences to directors before they’ve successfully landed a gig tends to result in the three being shown the door, but the group’s childhood friend and manager U-Gin remains steadfast in his commitment to booking them projects. U-Gin believes he’s finally found the gig that will launch Reel Deal Action Design to the big time, but his careless mishandling of the production’s location sees the four instead walk right into a hostage situation involving Berlin’s biggest crime boss, Gabriel.

His greatest enemy in the criminal underworld, Eddy, has kidnapped Gabriel’s wife, Victoria, with the aim of uncovering a series of coordinates hidden throughout the city, leading to Gabriel’s safe and all the riches, monetary, blackmail material and other stuff, therein. Eddy quickly adapts his plot by taking Phong hostage and ordering Can, Cha and U-Gin to uncover the coordinates, leaving the three little choice but to play along to rescue their friend and escape their predicament.

The trailer for “Plan B”, above, presents us with the image of our four heroes walking towards the camera in slow motion, each clad in a wardrobe meant to evoke an archetypal action hero of the 80’s, with the theme of “Beverly Hills Cop” playing over the soundtrack.

No image could better encapsulate the nostalgic glee of “Plan B”, a film that’s as much a callback to the action movie tropes of the Ronald Reagan/Margaret Thatcher era as it is a contemporary martial arts action comedy. Even the recent big screen adaptation of Stephen King’s “It” finds a genuine rival for Easter-Egging the ever-loving crap out of the 80’s in “Plan B”. But despite not being a period film, the callbacks never feel like they’ve been shoehorned in for their own sake.

Can lands a flawless aerial kick

The four heroes of Reel Deal Action Design are genuine fanboys of the period, eager to resurrect the stoic alpha-masculinity of Sylvester Stallone’s “Cobra” or the metaphysical moonwalking of Michael Jackson’s “Thriller” with their Hong Kong-influenced martial arts skills and their sheer passion for their craft. The film’s 80’s influence is also evoked in a slightly more subtle way in our heroes embodying the Jackie Chan-Sammo Hung-Yuen Biao triumvirate that was a staple of Hong Kong during the era. So basically, a cadre of young men equipped with pre-existing physical talents minding their own business suddenly finding themselves thrown headfirst into situations beyond their control, and managing to rise to the occasion in an increasingly bonkers series of jaw-dropping fight sequences.

Admittedly, Cha cheats the homage timeline by a few years in donning a yellow jacket meant to evoke Bruce Lee’s yellow track suit in “Game of Death“, to say nothing of his obligatory nose-thumbing, but if it was good enough for “Kill Bill“, its good enough for “Plan B”!

The members of Reel Deal Action Design truly live up to their name in “Plan B”. While the film takes a little while to shift into high gear, we can already tell we’re in for a good time with the opening sequence. Our heroes take down a warehouse full of baddies with a blend of acrobatic martial arts and “John Wick”-ian gunplay that’s so well-orchestrated, it doesn’t even matter when we find out moments later that it’s all just part of Can’s pitch to a director to make an in-production action film better. The film gives us a few warm-ups like that before really offering up the gems it has in store with Can and Cha’s street fight with a local gang in order to uncover the first set of coordinates.

Can suggests its time to employ Plan B

Our heroes must fly under the radar

The action only gets wilder from there in their later battles in a local strip club, where they’re more or less forced to cede victory to a beefed-up Heidi Moneymaker in order to get what they came for. In a mist-filled cemetery straight out of Michael Jackson’s “Thriller” they also get confronted by the leader of a Satanic cult, played by the always gravity-defying Mike Moeller. Despite being kidnapped, Phong is hardly going to allow himself to be sidelined, and makes a daring escape attempt in which his prowess is so thoroughly showcased that you’re genuinely surprised when he doesn’t manage to get out.

The nostalgic influence of the 3 fu-sketeers Chan-Hung-Biao is especially interesting to contemplate when the final third rolls around. Right as Jackie is trying on a very different coat of paint in “The Foreigner”, Reel Deal Action Design is eager to take up the mantle of his 80’s output, and nowhere is that clearer than when they unite in a finale that’s right out of his 80’s team-ups with his Peking Opera classmates. The one-on-one between the agile and sinewy Can and a black henchman recalls Donnie Yen’s rooftop brawl with Michael Woods in “In the Line of Duty 4“, while the overall finale feels like something right out of “Police Story” or “Wheels on Meals” – and with influences like that, who could possibly blame “Plan B” for its grand homage to those 80’s fu-flicks?

Our heroes wont get out of this predicament without a fight

Phong is getting more than he bargained for on this audition

Reel Deal Action Design is ready for their big break 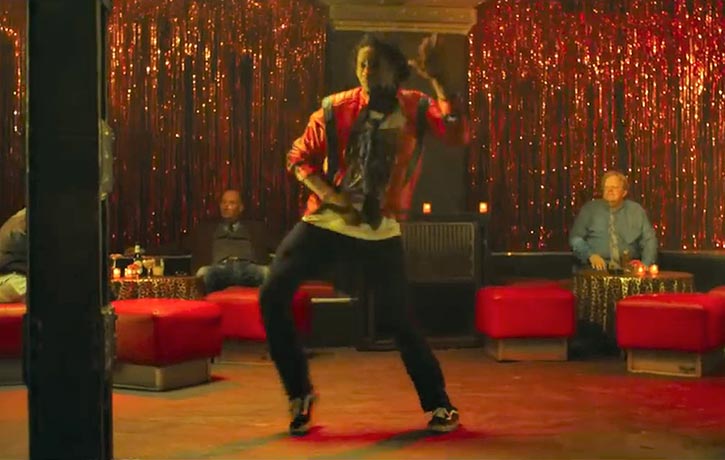 U Gin shows off his dance moves

Can and Cha flee their determined pursuers

Cha and Can double team their adversary

Our heroes plot their next move

These are said to be very nostalgic times, and movies like “Plan B” make you very glad that’s the case. The members of Reel Deal Action Design deliver a blend of incredible action and hellacious comedy and establish themselves as a blip on any self-respecting martial arts fan’s radar, and the film’s throwbacks to 80’s hits both East and West make for a delightfully nostalgic romp. “Plan B” absolutely loves the ‘golden age’ of action that was the 80’s, and seeing just what Reel Deal Action Design is able to serve up, well, to quote the musical intro for Phong’s unashamedly cheesy choice of 80’s cosplay, that’s the power of love!