“Avatar: The Last Airbender” – a saga beloved by millions of people around the world, and widely acclaimed as one of the best animated series ever created. Some might classify it as a children’s show, but you can rest assured that those who would haven’t given it a look yet. Once they do, they’ll quickly come to the inevitable conclusion that “Avatar” transcends those parameters, that it is not simply a clever, well-written kid’s show with a great sense of humor and a stunningly strong grasp of how to enliven animated action sequences. In addition to that, “Avatar” is a modern day legend, an epic saga of good and evil that brings the viewer into a world of fantasy and tremendous adventures, one that more than earns comparisons with the likes of “Star Wars”, “Harry Potter”, and “Lord of the Rings”.

What made all of those series great, was that they each went above and beyond the possibilities of what storytelling could normally do to become a legend, and each would show their audiences things that they had never seen before – both key features of what makes “Avatar” great. Indeed, the popularity of the show proved so great that it ultimately spawned a sequel series, “The Legend of Korra”, which is currently nearing the end of its equally captivating run. What will the future hold for the “Avatar” franchise after the conclusion of “The Legend of Korra”? We can only guess, but for now, Kung Fu Kingdom will prepare for the show’s epic conclusion the only way we know how – by taking a look back at where it all began, with “Avatar: The Last Airbender”. Of course, we can’t overlook the live-action movie that was born of the series, and we would be remiss not to look back on each season of the “The Legend of Korra”, as well. So fasten your seatbelts, readers, as we retrospect on the humble beginnings of the “Avatar” franchise – the beginning of “Avatar: The Last Airbender”!

Zach Tyler Eisen provides the voice of the titular Avatar Aang, the last airbender and the world’s greatest hope against the imperial Fire Nation. Mae Whitman voices Aang’s Waterbending ally and blooming love interest from the Southern Water Tribe, Katara, while Jack DeSena imbues the show with liberal comic relief as her older brother Sokka. Dante Basco voices the show’s sympathetic antagonist for the first season, the Fire Prince Zuko, while his Uncle Iroh, voiced by Mako, provides his nephew with moral support and guidance in his darkest of times. Of course, the show wouldn’t be complete without its overarching antagonist, Fire Lord Ozai, and when you need a voice actor for a supervillain role, who you gonna call? That’s right, Mark Hamill, well known to fans of the Batman animated series as the immortal voice behind the Joker! Though Ozai will only be seen in silhouette and make sparse appearances on the show up until the third season, his presence is strongly felt over the course of the entire show, owing of course to Hamill’s phenomenal voicing of the role.

From the moment Book One kicks off, you can tell that “Avatar” is something you’ve never seen before. We’re brought into the world of the Four Nations, each nation worshipping a different element – the Water Tribe, Fire Nation, Earth Kingdom, and Air Nomads. The show draws heavily on Japanese anime along with Asian cultures, religions, legends, and martial arts in creating the world of the Four Nations, and here we find something truly unique – the bending arts! Those born with the ability to “bend” the element of their respective nation to their will, become exponents of one of the four bending arts. In that concept alone, “Avatar” has set a new standard for both superhuman martial arts as well as martial arts in animated form, but it gets even better – only one person born to the Four Nations, the spirit of light known as the “Avatar”, can master all of the elements. Such a one is tasked with maintaining balance throughout the Four Nations and serving as the bridge between the physical and spirit worlds.

When we meet the Avatar of the show, we learn that he is a 12-year old named Aang, the last surviving member of the Air Nomads. Two teenagers of the Southern Water Tribe thaw him out after he spent the last century encased in ice, and learn that he fled his duties as the Avatar with his flying bison Appa. Aang was to face a challenge like no other Avatar. One hundred years ago, the imperialist Fire Nation declared war on its neighbors, and it was up to Aang to stop them, but the pressure of being the Avatar proved too great and Aang fled his fellow monks of the Southern Air Temple. The Fire Nation thought they had the last laugh when they wiped out all of the Air Nomads, knowing that next Avatar would be reincarnated as one of them. Aang gets ready to face his responsibilities with the help of his new friends of the Southern Water Tribe, waterbender Katara and her brother Sokka, along with Appa and Aang’s new pet ferret, Momo. However, Aang’s journey to master the elements and stop the Fire Nation won’t be easy with him and his friends being pursued by his new enemy, the Fire Prince Zuko. 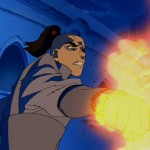 Zuko will never leave the side of his Unlce Iroh 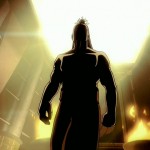 The sinister Fire Lord Ozai lurks in the shadows 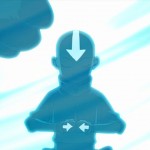 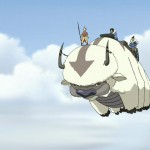 Team Avatar navigates the globe on their flying bison, Appa.

Years before, Zuko raised an objection to a Fire general’s battle plan that was sure to get a legion of inexperienced Fire Nation troops killed. To prove his point, he would have to emerge victorious in a traditional Fire Nation duel known as the “Agni Kai”. However, Zuko discovered too late that he was to face his own father, the Fire Lord, Ozai! As punishment for his refusal to fight, he had half of his face scarred and was forever banished from the Fire Nation alongside his trusted Uncle Iroh, voiced by Mako, the former general of the Fire Nation army. Ozai will only permit his son to return to Fire Nation and reclaim his honor on one condition – by capturing the Avatar…

As you can tell, there’s always a lot going on in “Avatar”. Like any great saga, it’s an overarching story that spans its three “Books”. Every episode completely pulls you into the world of the Four Nations and engrosses you in its characters – Aang’s determination to master the elements and fulfill his destiny as the Chosen One and Sokka’s ever-present wackiness and sense of humor always adding just the right amount of levity. Then you’ve got Katara’s motherly guidance over the group that will eventually dub itself “Team Avatar”, and Zuko’s conviction to reclaim his honor while Uncle Iroh does his best to provide his nephew with some moral grounding. Zuko is a very different kind of antagonist, which is exactly what makes his conflict with the Avatar unique. He wants nothing more than to reclaim his father’s love and his place among his people, and even as you know you’re supposed to be rooting against him, you’re curiously sympathetic to his goals. One thing “Avatar” does splendidly well is balance the perspectives of so many different characters perfectly, especially between Aang and Zuko, and one can see very early on that the show is as much Zuko’s story as it is Aang’s.

What “Avatar” also does phenomenally well is raise the bar of the possibilities of martial arts in animated form – arguably more so than any other animated show ever created. To bring the four bending arts to life, the series creators Bryan Konietzko and Michael Dante DiMartino turned to Sifu Kisu of the Harmonious Fist Chinese Athletic Association, who crafts each element as an extension of a specific martial art – Baguazhang for Air, Tai Chi for Water, Hung Gar for Earth, and Northern Shaolin for Fire. If the action of “Avatar” doesn’t pull you into the show’s universe, nothing will! Both animated and superhuman depictions of martial arts have rarely been as good as they are here. The bending arts are truly breathtaking, at times even godlike, in what they’re capable of! Nevertheless, the show is always cognizant in emphasising the training required to get to that point, and seeing Aang and Katara mastering their Waterbending side-by-side is when Book One is at its strongest.

Over the course of Book One, Team Avatar make their way through the Earth Kingdom to the Northern Water Tribe for Aang and Katara to study under the wisest of Waterbending masters. Their adventures along the way truly illuminate that the journey is more important than the destination. 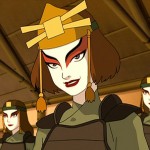 Suki and the Kyoshi Warriors are formidable fighters 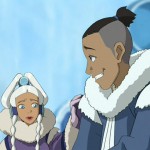 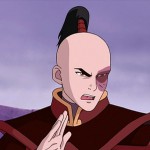 Prince Zuko is prepared to reclaim his honor at all costs 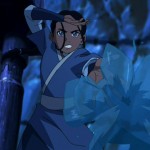 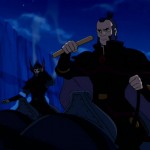 Commander Zhao is determined to find the Avatar before Zuko does.

Some of the best episodes include:

“The Warriors of Kyoshi“, where the group cultivates an alliance with Kyoshi Warrior Suki, voiced by Jennie Kwan, and Sokka in particular developing a strong connection with her.

“The King of Omashu“, where Aang reunites with King Bumi, voiced by André Sogliuzzo, an Earthbending friend of his from before he was frozen.

“The Waterbending Scroll“, where Aang’s friendship with Katara and Sokka is tested but comes out stronger than ever (the episode even includes a chase sequence that serves as a great tribute to the chase scene in “Ong Bak”!).

Like all great sagas, however, Book One saves the best for last with its two part finale:

“The Siege of the North“, where the Fire Nation as well as Prince Zuko track Team Avatar to the North Pole, forcing our heroes to come to the defense of the Northern Water Tribe, while Sokka’s romance with the Northern Tribe Princess Yue, voiced by Johanna Braddy, is ultimately unrealized by a decision she makes to help save her people. 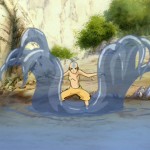 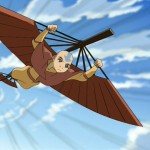 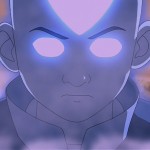 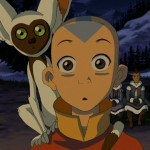 Book One ends on a great high note indeed, and sets the expectation bar for Book Two – the series is ready to move from Water to Earth in Aang’s training, and introduce some powerful allies and adversaries to Team Avatar! Prince Zuko will encounter greater challenges in his quest to reclaim his honor, while Aang’s determination to master the elements will test him in ways he never would have imagined. As we will begin to see in Book Two, “Avatar” will prove itself the rare show that consistently gets better actually with every season!